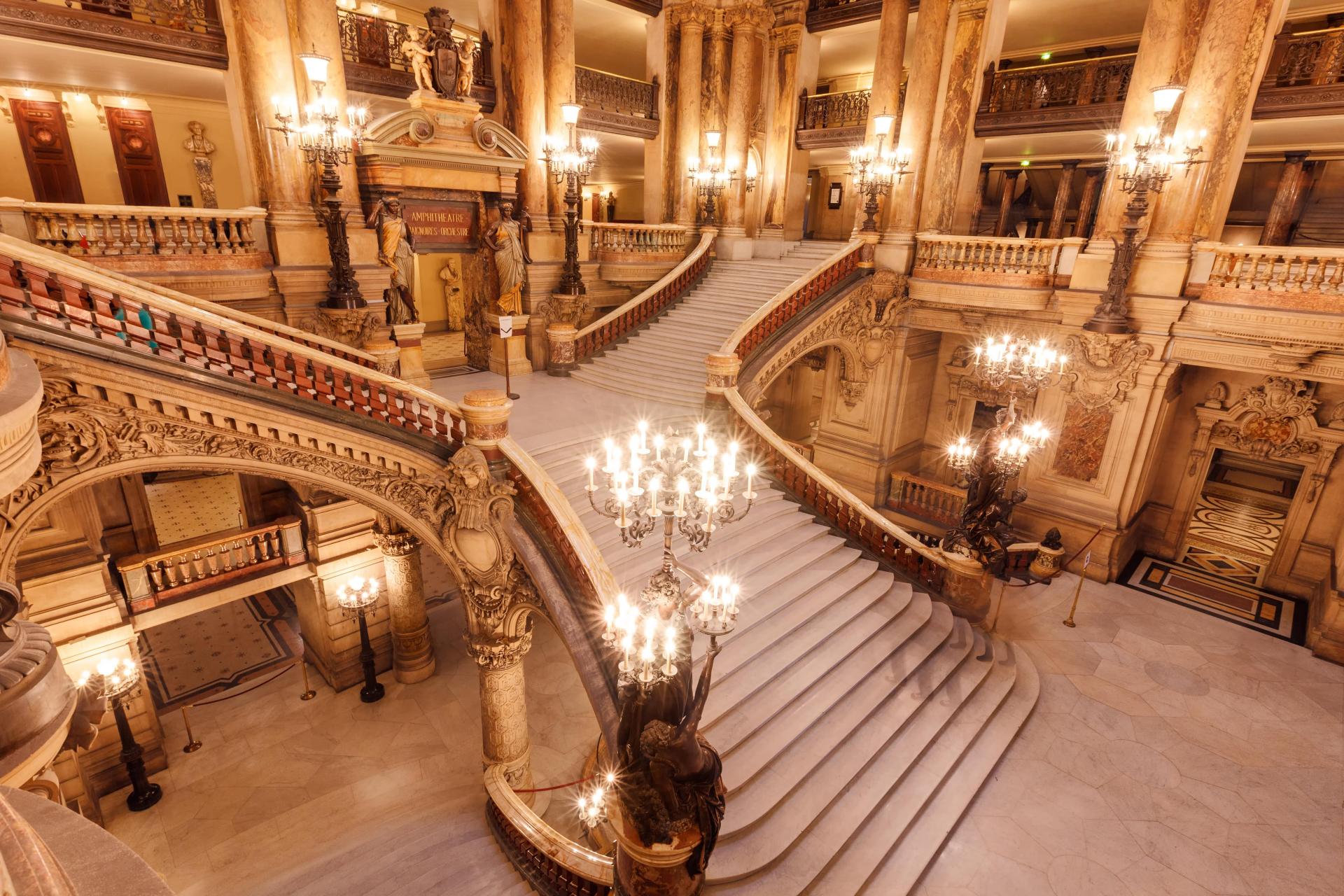 Your Hotel Volney Opéra hotel is located in the heart of a district that has a rich and varied cultural life. Just take a look at its many performance halls - no fewer than eleven theatres without counting the Opéra Garnier and cabarets such as the Folies Bergères. Why not discover them during your stay with us?

Venues steeped in the district's history

The 9th arrondissement experienced exceptional development in the second half of the 19th century. Expressing the festive and cultural aspirations of the time, the city saw the construction of venues which remain unmissable today. The Palais Garnier, triumphant symbol of the Second Empire and industrial progress, fascinates with its fine gilding and monumental staircases. Whether you attend a ballet at the Paris Opera or take one of the themed tours, you’ll have the opportunity to admire this building’s sumptuous architecture. In the same spirit, the Théâtre de l'Athénée, based on the principles of an Italian-style venue, dazzles with its red and gold.

The district’s cultural is not only about classical spectacle, however. The Folies Bergères, is firmly in the tradition of the great cabarets which drew artists such as Manet and Maupassant, as well as the bourgeois in search of fun. This cabaret has been able to grow and develop but remains at the forefront of Parisian performance halls due to the quality of its productions. And don’t forget to book a ticket for the Olympia. This venue has been around since the end of the 19thcentury but attained its special destiny when it was taken over by Bruno Coquatrix in the 1950s. Finally, the Casino de Paris, formerly a cabaret and today a concert hall, invites you to enjoy performances by international headliners.

When you stay at the Hotel Volney Opéra, shows in some of the most famous halls in Paris are just a short stroll away.