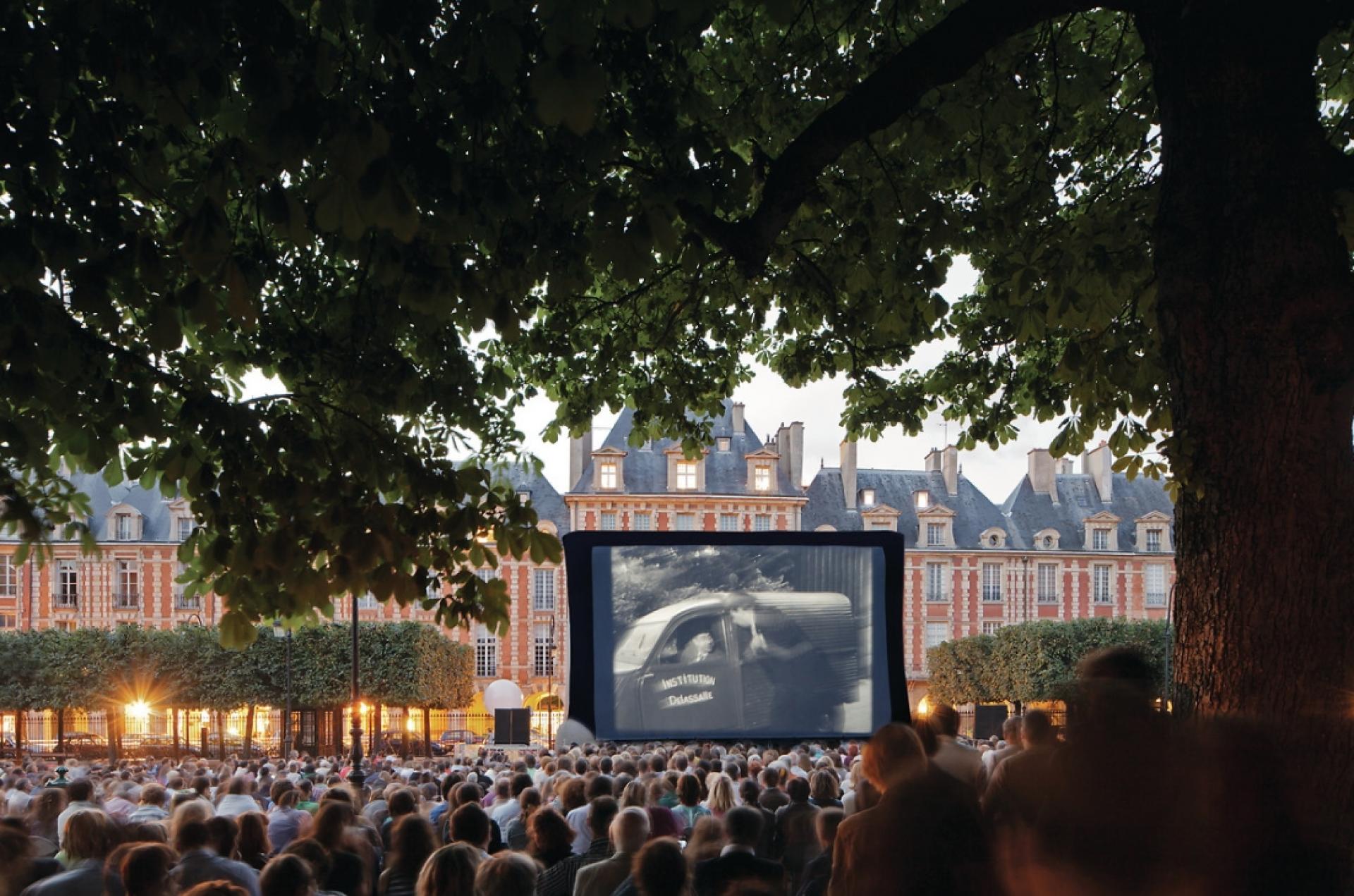 Published on 4 July 2019 in Entertainment

Whether you’re an ardent cinephile or a casual movie watcher, a beautiful summer evening is the ideal time to enjoy French and international cinematic gems beneath the Parisian sky. You’ll have the perfect opportunity to do so from June to September, when outdoor cinema festivals take place throughout Paris.

The Château de Vincennes is the picturesque setting from July 4th to 6th, 2019 for the 15th edition of Toile Sous les Etoiles (Canvas Under the Stars). A unique opportunity to see three terrific films for free; See You Up There, La La Land, and La Famille Aries (The Aries Family).

Each August, this film festival is held in locations such as the Sacré-Coeur Basilica, the Parc André Citroën and the Jardins du Trocadéro, turning these historic and emblematic Parisian places into majestic open-air movie theatres.

The 12th edition of La Chaise et l'Ecran (Chair and Screen) invites you to rediscover the great classics of cinema from July 26th to August 9th, 2019. The selection is chosen by a personality from the movie world.

Whether you choose to rent a lounger or sit on the grass, you’re sure to enjoy this world-famous outdoor film festival in the Parc de la Villette. This year’s theme is ‘Tomorrow’, presenting the utopias and dystopias of numerous talented directors including Ridley Scott (Blade Runner), Denis Villeneuve (Blade Runner 2049), Sydney Pollack (Jeremiah Johnson) and Charlie Chaplin (Modern Times).